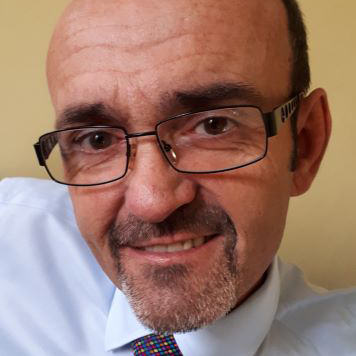 On 24 February 2022, Chancellor of the Exchequer Rishi Sunak delivered the annual Mais lecture at Bayes Business School.  His long-term economic vision was, perhaps, demonstrated by these quotes:

One month later on 23 March 2022, the same Chancellor delivered his Spring Statement in the House of Commons.  This was not a Budget statement, one where policy decisions are normally announced.  The Statement is the second annual and legal fiscal obligation to produce an economic and fiscal forecast.

Yet, the Statement same hours after the announcement from the Office for National Statistics (ONS) that Consumer Prices Index (CPI) inflation rose to 6.2% in the 12 months to February 2022, up from 5.5% in January 2022.  So, it was clear that the Statement would have to refer to the ‘cost of living crisis’ but how would such reference impact the payroll and reward professions?  Indeed, only the Sunday before, Mr Sunak was telling Sky News ‘people should be reassured – I will stand by them’. Remember, on 23 March 2022 we were exactly 2 weeks ahead of the start of the new tax year.

Here is a round-up of the Spring Statement announcements as it affects individuals and the payroll and reward professions:

The Spring Statement announced the UK Government’s ‘Tax Plan’ from March 2022 to April 2024.  As Mr Sunak said, this is a ‘principled approach to cutting taxes’ and has 3 fundamentals aspects:

The Tax Plan considers the points below that affect the payroll and reward professions:

The UK Government has always insisted the 1.25 percentage point increase to National Insurance Contributions would go ahead from April 2022.  Software products will have been updated and released to clients / users, employers and individuals will have budgeted for this and undertaken accurate and appropriate communication.  These are things that are not done without a lot of development work and testing.

Therefore, it was no surprise that the percentage increase will go ahead.   ‘That funding is needed now’, said Mr Sunak.

In fact, I wonder if this is a bit of a relief, as it would not have been possible to change things with only two weeks to go until the start of the tax year (with payrolls being run as we speak if they are paying early in April).

However, said Mr Sunak, the increase in National Insurance percentage points is not compatible with the Tax Plan’s aim of helping families with the cost of living.  The 2019 Conservative Manifesto also indicated that the ‘ultimate intention’ was to align the point at which people started to pay National Insurance to the point at which they started to pay Income Tax (i.e. the value of the Personal Allowance).

This will be legislated for via the National Insurance Contributions (Increase of Thresholds) Bill.

There was certainly an amount of ‘take it with one hand and give a little bit back’.  Does this mean that less money in National Insurance Contributions means less money than planned to fund the NHS and health and social care policy in England (with increased spending allocations to the devolved nations)?

Further, the Tax Plan document indicates says that almost 30 million individuals will benefit from the alignment of the Primary Threshold with the Personal Allowance.  This means ‘70% of workers pay less National Insurance even after the NHS and care levy’.

Which very much brings into question the sense of the 2022/23 request from HMRC to display a payslip message ‘1.25% uplift in NICs funds NHS, health & social care’

Point 2.23 of the Spring Statement confirms that, from April 2022, the Employment Allowance will increase to £5,000 for eligible employers.  HMRC’s Policy Paper confirms this and legislation will amend the National Insurance Act 2014.

One of the qualifying criterion for eligibility is that the employer must have National Insurance liabilities in the previous tax year under £100,000.  So, whilst the Policy Paper says that 495,000 businesses will benefit from this increase to £5,000, I wonder how many businesses will be taken out of eligibility as a result of the increased National Insurance in 2022/23.

Effective just ahead of the next general Election, Mr Sunak’s rabbit out of the hat was the announcement that the Basic Rate of Income Tax will be reduced from April 2024.  This will apply to rUK Taxpayers and, according to point 3.9 of the Spring Statement, Welsh Taxpayers as well.  This is also mentioned in the Spring Statement 2022: Personal Tax Factsheet.

The Spring Statement also announced that there will be a three-year transition period until April 2027 to maintain Gift Aid relief at 20%.

The UK Government do have control over the rates of Income Tax for rUK Taxpayers.  These are defined as Taxpayers who are not Scottish or Welsh Taxpayers.

With regard Scottish Taxpayers, the Tax Plan says that the Scottish Government will receive increased funding ‘which they can use to cut taxes or raise spending’.  So, the Scottish Government may reduce their Basic rate or may choose to spend the money on public services.  Until we know Scotland’s intentions, I’m not sure how Scottish Secretary Alister Jack can comment that ‘a tax cut for low and middle earners will help them with these growing pressures’.

With regard Welsh Taxpayers, the UK Government seems to assume that the Welsh Government will follow their lead and cut the current 20% to 19% for Welsh Taxpayers.  If Wales’ long-term spending plans require 20p in every £1, this may see them use their revenue-generating powers known as the Welsh Rates of Income Tax (WRIT).

There are over 1,000 different reliefs and allowances that exist in the tax system.  Point 4.69 is, therefore, interesting when it says that the UK Government will ‘continue to consider reform’ ahead of 2024.

This seems to imply that whilst there is a cut in the Basic Rate of Income Tax, certainly for rUK Taxpayers, this cut may be offset by reforming the tax reliefs and allowances that are available.  Although, it is true to say at point 4.68 that whilst these reliefs and allowances play a ‘vital role’, they can also ‘create unfairness and inconsistency in how people are taxed’.

This review is one for payroll and reward professionals to keep an eye on, for example the long-debated, extraordinarily complicated and outdated system of tax relief on pensions contributions.

In his Mais lecture speech, Mr Sunak said he would look at the current tax strategy ‘including the operation of the Apprenticeship Levy’ and see whether this was incentivising business to invest in the right types of training for its workers.

The Apprenticeship Levy is another tax on some businesses, though designed to pay for apprenticeships in England (with monies equivalent to that spent in England going to the devolved nations to spend on their apprenticeship initiatives).  Whilst there is no doubt that apprenticeships are the future of the payroll and reward profession, the implication from the speech is whether the funds could be used to fund other training, as long as it is ‘right’.  Even that simple word is up for debate, as commercial training organisations will always consider that there training is right!

Point 4.40 said that the UK Government will consider whether further intervention is needed to encourage employers to offer the high-quality employee training the UK needs. This will include examining whether the current tax system, including the operation of the Apprenticeship Levy, is doing enough to incentivise businesses to invest in the right kinds of training.

There is little doubting that the 2022 Spring Statement was a mini-Budget in all but name.  There are some interesting announcements that professionals need to keep their eyes peeled for in the coming years, with announcements almost certainly made at Autumn Budget time.

Posted in
Back to industry news
We use cookies on our website to give you the most relevant experience by remembering your preferences and repeat visits. By clicking “Accept All”, you consent to the use of ALL the cookies. However, you may visit "Cookie Settings" to provide a controlled consent.
Cookie SettingsAccept All
Manage consent