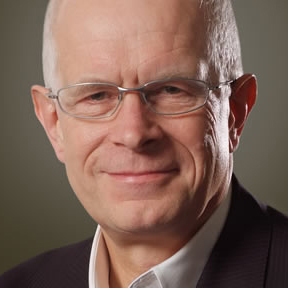 Implementing Robotic Process Automation (RPA) and the organisational change management required to make it stick isn’t always straightforward. We posed the top questions from HRDs to experts from R-Path Automation and i-Realise.

Why should HR or Operations Directors care about RPA – isn’t this IT’s job?

We need to stop thinking about “Bots” as a piece of technology. Instead we need to consider them as an extension to the team and another employee. They need to be managed and supported just like anybody else. It’s also about giving employees more time to focus on the things that will make a real difference, both to themselves and the business. A “bot” should help to remove the mundane and repetitive tasks that they spend their time doing and allow them to focus on what they enjoy and are ultimately employed to deliver. Therefore, “bots” will make a real difference to your business, as long as they are integrated and managed effectively. This is everyone’s responsibility, not just IT!

Is it about replacing people to save costs?

Certainly, it is possible to achieve significant ROI by automating some tasks. McKinsey have reported that 45% to 50% of tasks could be automated with existing technology. Yet seeing that ROI reflected in the bottom line is not usually straightforward.

It has also been reported that only about 5% of whole jobs can be automated. That means, if we automated part of a person’s job, what does that person do with the time saved? If that are a lot of people doing the same set of tasks, then it may be possible to concentrate the un-automated tasks amongst fewer people. However, this is rarely the case. Typically, realising benefits from automation means redesigning the overall operating model – re-organising work and processes.

When companies think this through carefully, they often realise larger opportunities than just saving costs, by being creative about what they do with the time saved. In one company we work with, they used the saved time creatively by creating two new roles – bot makers, who created more bots, accelerating the automation process and data analysts who created new, value added, premium products.

What kinds of things does a bot actually do?

Bots are excellent at performing routine, rules-based tasks. In other words, if you can describe the activity in a way that anyone can perform it, then a bot can probably do it too. The types of activities regularly performed by bots include: opening & closing files, reading information, opening & closing applications (both web-based and desktop), entering data, performing calculations, making if-then decisions, and detecting errors. Bots also work 7 days a week and perform the task exactly the same way every time. In general, it’s only cost effective to automate repetitive or time-consuming tasks.

If something only takes a minute a month, it’s probably not worth automating, if it takes an hour or more a day it probably is. The reasons people automate a task is to drive down quality problems or to mitigate issues with peak load. In other words, if you have a seasonal business and a task only takes 30 minutes a week most of the year but for two months, it takes 4 hours a day, it might makes sense to automate this so you don’t have a disruption to your business.

It’s helpful in this context to separate the task from the bot. Think of a task as a set of instructions and the bot can run any set of instructions, but it can only run them one at a time. When you run the automation, the bot ‘wakes up’ and starts executing the task by following the instructions. In the case of a high volume, repetitive task, you can assign the same task to multiple bots and they will perform the work in parallel.

Can they learn? How is this different to AI?

Here’s a brief description of the three levels of automation:

There are two levels of opportunity beyond simple cost cutting – process re-engineering and operating model transformation.

As an example of Process Re-engineering, one of our customers targeted the new employee on-boarding process for automation. They automated some tasks, which reduced the time needed by central HR supporting the process. However, the overall time taken to complete on-boarding was hardly affected. This was a problem as they were losing potential employees because the process was taking too long. Ultimately, the re-engineered the process, by re-envisaging it as a pipeline. The “happy path” through the pipeline was completely automatic, requiring no human intervention. The pipeline allowed side flows to escalate a minority of special cases for human review. This approach enabled a having of the overall on-boarding time.

An example of Operating Model transformation is a data provision company which automated the data sourcing and curation process. Automation allowed them to reduce the cost of their products. Process re-engineering allowed them to reduce the time to market for the data they provided. The biggest wins came from changing their whole operating model – some staff who had time freed up by automation became bot makers. They accelerated the automation process and created new products that would have been cost prohibitive without automation. Other staff became data analysts. They created yet more value-added, high-premium products through data analysis.

What kinds of tasks across the Employee Journey are good places to pilot RPA and see how it works?

Somebody recently described RPA as replacing the “pain in the arse tasks”! Those mundane tasks that most people hate and take-up so much valuable time.

When considering what parts of the Employee Journey are good places to pilot RPA then the opportunities are endless. However, typically good areas are:

If I was to choose just one to start with, then I would go with Onboarding as I know from personal experience how many repetitive, time consuming tasks are involved in setting up a new employee.

I’m not a very technical person – where do I start?

If you haven’t already, do some basic research. McKinsey Global Institute has an excellent report on the Future of Work. Gartner has studied the topic extensively and recently determined that RPA was the fastest growing segment in the global enterprise software market. After that, I’d recommend that you talk with a practitioner; someone who has done this before and can help you understand how this might work in your company. i-Realise and R-Path Automation would be happy to provide this advice without commitment or cost.

Posted in Change Management, HR, RPA
Back to industry news
We use cookies on our website to give you the most relevant experience by remembering your preferences and repeat visits. By clicking “Accept All”, you consent to the use of ALL the cookies. However, you may visit "Cookie Settings" to provide a controlled consent.
Cookie SettingsAccept All
Manage consent