How to navigate the five most common changes at work

How to navigate the five most common changes at work 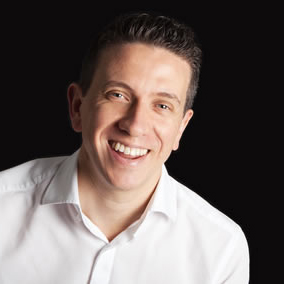 They say people don’t like change. Yet standing still is deadly; these days businesses need to constantly evolve and people change roles because they want change that allows them to develop and grow.

So how can organisations manage the people and processes involved in a change to help it run as smoothly as possible?

Change can be technological or geographical – from digital innovations to office moves – but the actions a business should take are broadly similar. Simon Puryer, MD of business readiness specialists i-Realise, believes there are three key steps to achieving successful change: Strategy Readiness, Solution Readiness and Operational Readiness. In other words, think and plan before jumping in.

Every business change is different: “There’s not a one-size-fits-all approach,” says Puryer. “You can use a range of tools that include workshops, interviews, models, process maps, or training plans – but the combination varies depending on the situation.” The common feature, he says, is that you need to take time to understand what you’re changing from – the ‘as is’ state. And it’s also important to involve and check in with people throughout the transformation.

A business change can be something simple or really significant. Some of the methods for embedding the change may be similar, but there are specific challenges depending on the scenario. Let’s look at a few examples:

This isn’t often thought of as a major change, yet it’s something that many people will experience during their career and can have a negative impact on day-to-day operations if it’s done badly. Businesses often assume it’s going to be straightforward – how difficult can it be to move a few desks and computers to another building? But it can be a much bigger exercise than people expect, especially if the office is the main hub of the business and customers’ first point of contact.

You need to answer a series of questions at the outset, says Puryer, including:

It’s crucial that the senior stakeholders fully understand the ‘as is’ state of the business – what people really do, and who they interact with – and not rely on outdated assumptions. Manual workarounds often exist for a reason. Move the office around without good planning and you can easily disrupt important processes.

When two organisations come together, the change can have wide implications, such as which people and processes will remain in the business? Sometimes the merged business retains bits of one organisation and bits of another. So preparing for change means taking time to understand the different cultures involved and mapping those differences. This is actually a great opportunity to uncover the pain points in both organisations and design a process that works better than either of them. This can be a good way of building a new culture rather than allowing one to dominate.

Another challenge with takeovers or restructuring is confidentiality, which makes it difficult to communicate with everyone up front. Yet it’s vital to involve those people who hold the information required to fully analyse the situation. Confidentiality will always exist but it’s about how you deal with it. Can you ‘brand’ the project in such a way that it appears to be about improving what already happens? Or set-up a specific NDA and get the key people to sign up to it.

These days all businesses need to be tech-savvy, but when there’s a major digital transformation, people tend to focus on the new system and not fully consider the need to upskill their staff.

People assume digitisation is about replacing employees with a system, but often it’s not. It can actually allow more time for people to concentrate on value-adding activities (for example HR being able to actually talk to people rather than doing paperwork).

With system-led change, you need a strong internal team to explain what’s going to happen, and these people should come from across the business. For instance, IT may be tasked with sourcing a new HR solution, but without understanding HR legislation and the cultural aspects of the change, they might find it hard to assess what the system needs to do, or what level of training is required.

This year, some organisations that hadn’t had to think too hard about legislative change before received a wake-up call. The myriad challenges of GDPR compliance threw many an experienced manager, and if there was ever a good example of the need to examine ‘as is’ practices, this was it. Luckily, the ‘to be’ state is mandated in this situation, so teams should know what they’re working towards.

But there can be a lack of clarity on what new legislation requires – this is when it’s worth bringing in an expert. Puryer says one problem is that the change is seen as compliance-led rather than a business opportunity, so it’s vital that key people in the organisation are involved in the decision-making. This is a good time to focus on external customer needs, and there’ll be a clear deadline to make it happen.

Payroll is complex and when the system is changed it affects everyone in the business. Since pay is a contractual right, it’s essential to do it properly. One of the biggest payroll disasters in history was when a government department in Australia rolled out a new payroll system for healthcare workers; thousands of people didn’t get paid for months, and it took two years and a billion Australian dollars to fix.

It’s important to bear in mind that most business changes impact people outside of the function that’s trying to drive the change. Puryer’s team often has to help when things go wrong. He says: “A high-street bank was installing a new payroll system, and they’d assumed the supplier would help them integrate it into the business. But the supplier just wanted to get the system in. They went in with some assumptions about the business, and those assumptions were wildly incorrect.” So incorrect that they had to rebuild the whole system, costing the supplier over £10m.

Business change is needed for businesses and people to grow. A little planning – and less reliance on assumptions – can lead to a positive outcome that boosts morale as well as the bottom line.

It turns out people can like change, especially when it makes their lives that bit easier. The key to success is to think and plan before you jump in. And involve people in making it happen.

Posted in Change Management
Back to industry news
We use cookies on our website to give you the most relevant experience by remembering your preferences and repeat visits. By clicking “Accept All”, you consent to the use of ALL the cookies. However, you may visit "Cookie Settings" to provide a controlled consent.
Cookie SettingsAccept All
Manage consent